It was midsummer, 1962. I was ten, my brother was eight and our sister was four. My father’s new USGS assignment was to topo map the Shenandoah Valley region of Virginia. So my parents left us kids with Grandma Iris Thurston in Wyoming while they went to set up “base camp.” Mom and Dad always got us fixed up with a place to live—motel, boardinghouse, rental house and sometimes, for very brief assignments, Dad’s big Army tent.

Bob and I had a ball that summer, playing with kids we’d met at school. We’d gone to the same school for an entire year while Dad was mapping Antarctica! That never happened before!

Bob and I got up to our usual high-jinks, tricking other kids into believing we’d found Frank and Jesse Jame’s Treasure Map. Of course, Bob and I made the map, using old paper from a 1920s ledger Grandma gave us to draw in. Her dry cleaning business was full of old things like that ledger.

We spent over an hour perfecting the map. Bob was as good with topo as Dad was. So he drew the map part of it. I had excellent handwriting, so I wrote at the top “Frank and Jesse’s map!! You will die if you steal this!!” I also drew a big red X with a crayon and wrote “Here is the Treasure.”

Then we went to the sandbank about a mile north of Douglas and buried some costume jewelry Grandma said we could have, along with a bunch of old coins from her big glass jar. She paid us for doing chores around the house with money from that jar, so we had twenty coins—ten of mine, ten of Bob’s. Kathi was only four years old, so she had absolutely zero interest in our endeavour. She and cousin Connie (also four) would play with their dolls all day long. Boring!

Kathi and her doll in Grandma’s backyard (Douglas, Wyoming)

Bob gathered up all his pals and I got my one friend to join us on a hot Sunday afternoon. The movie house was closed on Sundays, so there was nothing better to do than play outside.

Bob announced, “Dixie and I found this Treasure Map. Who wants to come help us find the treasure!?”

“Lemme see that,” a dirty faced boy grabbed the map from my brother. He turned it this way and that. Then said, “Looks real to me.”

That fired up the other kids so off we went, following my brother as he dashed northwards through the small town.

We had carefully covered our tracks to the sandbank by using a broken off branch from a cottonwood. Dad had taught us how smart Indians brushed their tracks away so white men couldn’t get them. This trick came in handy on many an occasion.

“Let’s see,” leader Bob mused. “Looks like if we dig around here (he swept his tanned arm in a southerly direction) we will find the treasure.”

We all started digging away with our bare hands. Nobody cared about getting dirty. We dug like wild dogs, throwing sand behind us as we went. Finally, the dirty faced boy yelled, “I got somethin’!!!”

It was an old wooden cigar box we’d buried the treasure in earlier that day.

“Check it out!” Bob grabbed the box and slowly opened it, revealing the glittering jewelry and old coins.

“Wait a minute!” I shouted, “Let’s see how old those coins are. Grandma said Frank James didn’t die until 1915, three years after she got married. Grandpa was friends with Calamity Jane, so maybe Jane got this stuff from Frank and put it up here for safe-keeping, Those outlaws were all pals.” I drew a coin out of the hoard. 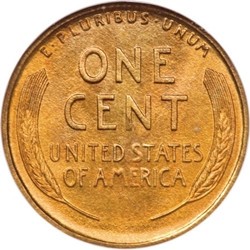 The younger kids did a wild dance, whooping like Apaches. They believed me because I was older and did well in school. Why would the teacher’s pet lie?

Bob announced, “OK, everybody gets One thing for helping find the James boys’ treasure.”

He passed the box to dirty faced boy, who took a danged long time picking something out.

He finally said, “I get this diamond pin for my Ma.” I felt a twinge of guilt. It was only rhinestones, which Grandma had explained, “those are fake diamonds—if people are drunk enough, they’ll think you’re rich.”

The box made its way around the circle of fortune hunters. Everyone got part of the treasure. We were all sweltering in the hot Wyoming sunshine.

“Let’s go to Grandma’s and get some lemonade,” I suggested.

“YEAH!” everyone screamed in unison.

Despite the heat and the energy we’d spent on digging, we all ran hell-bent for leather toward South Fifth Street.

“Grandma!” I yelled, entering the cooled-by-shade-trees house. “Can we have some lemonade?”

“For cryin’ tears,” Iris said upon seeing the dirty group. “Get out to the pump and wash up. I’ll make up a pitcher for you.”

We retreated to the back yard, where a water pump awaited us. We took turns using the lever while each of us dunked our heads under the cool gush, then spraying our hands until they were clean enough.

That lemonade sure did taste good. And Grandma said nary a word as each kid bragged about his or her treasure. She even grinned toward me, as if to say “I was just as wild at your age.”